The beloved shit poster and creative explains why "keta-weed" (ketamine + weed) is a good combo, recounts getting stoned for the first time at a Fiesta de Palos event in the Dominican Republic, and shares some choice marijuana memes.

Bianca Perez, aka @Yung_Nihilist, is one of NYC’s most beloved meme lords, as well as a writer and possibly the first to coin the term “keta-weed” (you know, when you mix ketamine and weed).

Bianca’s meme account is an oasis of brilliantly cursed humor — a recent post simply states “if you ever feel safe, please remember I’m out there,” accompanied by the caption, “it’s not a threat, it’s a warning.” In other words, this shit is not for the faint of heart! It’s some real tier-five level content.

Bianca also co-runs the infamous account @bigtittyofficial, hosts parties in the city, and does consulting work for companies like Co-Star. The crew at Dirty Magazine even made a limited edition @Yung_Nihilist trading card.

Like many of the best shit posters, Bianca is a weed lover, though she’ll freely admit she’s no pot purist. The homie is down for Delta-8, bodega weed, and head shop pipes because we can’t all be terpene nerds. The other week, the two of us got real high and caught a screening of Inland Empire at IFC — and damn was that shake-filled joint needed to survive the three-hour Lynch epic.

After we recovered from the Lynch trip, Bianca got on the phone with Cash Only to discuss her ties to THC. In the following interview, she explains why “keta-weed” is a good combo, recounts getting stoned for the first time at a Fiesta de Palos ritual in the Dominican Republic, and shares some choice weed memes, as well as a YouTube playlist she likes to put on at parties to “scare the hoes.”

Do you have a current favorite weed strain?

Yung Nihilist: Straight up Delta-8 joints. I’m half-joking. I think Delta-8 is just really bad mids — like mid mids. It doesn’t make me feel good, and it gives me a headache. But it’s no K-2, I’ll tell you that.

For real weed, I literally don’t care and that’s why I said Delta-8. If it’s weed, it’s fine by me. I’m not a purist, which is maybe bad. I guess I prefer hybrids because most shit is mislabeled, so I’m like, “OK give me the best of both… the fuck?” I also like fruity-tasting weed because I like being fruity.

You said you have a stash of head shop paraphernalia. What’s in the collection?

I have an iridescent grinder, which I mostly use for kief scrapings as a last resort when I’m out of weed. I’ll smoke a bowl if I’m having a broke moment. I also have a classic bodega pipe, one of those little glass ones with the squiggly lines. I never clean it; I’ll just buy a new one when it’s dirty.

When I’m having an abundance moment and getting a weed allowance, I smoke mostly joints. Now, I’m back to the bowl. I don’t like bongs if I’m being honest, but I have one and it’s really cute. Bongs can be scary, but mine has Hello Kitty on it. I also have a Hello Kitty tattoo, which is my only tattoo.

Do you have any favorite weed products — any particular papers, grinders, or whatever?

My go-to weed arsenal consists of a large chromatic iridescent grinder, small Raw rolling papers, a Joker (Joaquin Phoenix) rolling tray, and a small pipe from the deli. Plus, that Hello Kitty bong I mentioned.

What activity do you like to do after you’ve gotten stoned?

I usually listen to music for hours and doom scroll until I find something worth posting. I look at everything. I even go on Tumblr sometimes, RIP. Here are some weed memes I like:

My weird YouTube playlist that’s almost 700 videos long (on shuffle). I’m really into YouTube rabbit holes, as well as rabbit holes in general. The playlist has stuff that’s not viral and mostly has very low view counts. Rare stuff. I’ll put this on at parties and scare the hoes.

What do you like to listen to after smoking? Any albums, radio shows, or podcasts?

These days I’ve been revisiting Nirvana’s discography, “Something to Look Forward To” by Hooky, and Spliffhappy’s new single. I haven’t been listening to many podcasts, but my friend Dustin just put me on to this paranormal-themed radio program, Coast to Coast AM, hosted by a guy named Art Bell that aired from 1992-2015. It’s got a strangely comforting nostalgic campfire vibe.

Can you recommend something to read after smoking?

Memetic Magic: Manipulation of the Root Social Matrix and the Fabric of Reality by R. Kirk Packwood. He’s a weird guy who wrote this book on chaos magic theory and memes. He predicted Trump, they say. You know, like the idea behind Pepe and all these people on the internet who basically put Trump in power and how it was a break in reality. I like reading this stuff because it makes me paranoid and that’s fun for me.

It depends on my mood, but usually by myself. That’s a nice hole to be in, especially if ketamine is involved. I love keta-weed. I feel like the weed prolongs the ketamine, stretches it out, and the ketamine helps balance out the paranoia from the weed. It just makes sense, but I’m not a scientist.

I remember trying a lot of times and it not working. When I first got high, I was in the Dominican Republic at a bar with some friends and we smoked outside. I was like 21 or 22 — a late bloomer when it comes to weed. Then, I went to some party my family was having and I got really scared. There’s this thing in the Dominican Republic called Palos where in a regular party setting people will put on this crazy music and basically have a spiritual experience where they convulse on the ground and it’s almost like a Pagan ritual. People will say they feel the spirit of their dead loved ones. But it was literally a birthday party, and I was high as shit for the first time watching these rites and rituals. It’s common in the DR, but wild when you’re high. Just Dominican things…

Do you think weed is essential for being a meme lord?

No. I don’t think so. I think being sober is cool — quote me on that. Sure, being in an altered state can help with coming up with original content, but it’s not essential or necessary. Weed doesn’t even benefit my sense of humor. I think it makes you dumber. It’s harder to recall funny things. Weed helps and it doesn’t. It’s a complicated relationship. An abusive relationship, even. 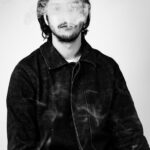