An interview with cannabis attorney Thomas Leon, Esq. (aka “Tommy 2 Stix"), who explains the difference between cannabis copyrights and trademarks and breaks down Oklahoma’s marijuana licensing boom.

by Cash Only Admin 1
Start Reading
Cash Only

Welcome back to “CASH ONLY,” a show about the second economy where we explore the bleeding edge of drugs, sex, weed, crime, and culture.

In episode four, our hosts talk to the show’s “official” legal counsel, Thomas Leon, Esq. — also known as “Tommy 2 Stix,” due to the crutches he uses as a result of having MS.

Tommy is a budding cult figure within the legal cannabis space, and a partner at O&L Law, which focuses on legal matters pertaining to weed and weed business.

Here, Tommy details his nuanced entry into the smoke scene, which started after he got brought on stage to rap at an Action Bronson show. He then went from spitting bars to passing the bar, and now represents a wide range of legal clients throughout California.

On “Cash Only,” Tommy clarifies the difference between cannabis copyrights and trademarks, talks about the implications of Jay-Z’s new cannabis SPAC, and discusses what Oklahoma’s marijuana licensing boom means for the rest of the industry. 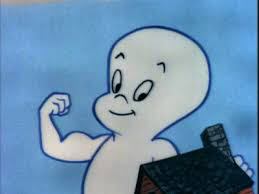 The talented young musician behind "Two Birds" came through to